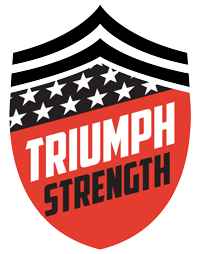 Something I’ve recently been trying to do more of is read. Investing in a book light has helped tremendously as it is the last thing I do each night before going to bed. I just finished the book “Atomic Habits” by James Clear, and I can’t recommend it enough. There was one excerpt that stuck with me more than anything else though. When talking with a weightlifting coach who has trained athletes from beginners to Olympians he asked, “What do the really successful people do that most don’t?’ He mentioned the factors you might expect: genetics, luck, talent. But then he said something I wasn’t expecting. ‘At some point it comes down to who can handle the boredom of training everyday, doing the same lifts over and over and over.”

Isn’t that a crazy thought? To think there are athletes that are so similar in talent and ability, yet one outdoes the others just by being consistent. Comes day in and day out to the point the movements are mind numbing just to accomplish a goal, but that is what sets them apart. That’s something we may never truly consider when it comes to our own personal fitness goals. We may not be Olympic caliber athletes, but even we need to learn how to embrace the boredom.

‘At some point it comes down to who can handle the boredom of training everyday, doing the same lifts over and over and over.”

With summer coming up many people have a fire lit under them to get in shape. This is the year we’re finally going to have the perfect summer body, lose that little extra weight, eat healthier, go to bed earlier, and more. All too often though we as coaches see that fire dim as fast as it was ignited. More or less the reason is that starting something new feels “sexy and fresh.” It’s a great feeling to tell people that you’ve started going to the gym, to have your 4 week progress picture show some well earned results, and to have people mention how great you’re looking. You should be proud and happy for all of that, but what happens when it’s not new that you’re going to the gym? When your progress slows down as you plateau? That’s when being consistent becomes even more important.

We like to think of our fitness and wellness as a destination. Maybe we start out with a specific goal like losing 50lbs, squatting 300lbs, or getting down to 10% body fat. Once that goal is achieved then what? We’re not a video game character where we hit level 50, hit save, and look like that forever. This is a constant journey we’re on, not a location we end up. Once that goal is achieved we need to come up with another goal, then another, then another, and so on. We need to constantly be working towards something and training harder than last time. Making going to the gym a daily habit in our schedule is key.

For many that train at 6am M-F they never plan anything at that time throughout the week. That’s because for them 6am is when they go to the gym. It’s just part of their daily lives, and keeping that appointment is just as important to them as anything else. For others it might be 6pm at night as soon as they’re off work. They might pack their gym bag and leave it in their car while they’re at work. They might do this because they know if they go home to change first they might not make it to the gym that night. Once they’re off work they drive straight to the gym, and that’s just now part of their routine.

I want you to think of exercising as one of your favorite meals of the day. It’s just something you do that you look forward to each and every day. For me it’s like breakfast. I wake up and the first thing I think about is what delicious and healthy breakfast am I going to eat. The same goes for working out. I sometimes get a little antsy looking forward to my workout so much. It’s something I truly enjoy doing. Exercise shouldn’t be something we dread doing on a daily basis,

it’s not a punishment. Exercise is a privilege and should be something we look forward to each and every day. Are some days harder than others? Of course they are, but the fact we’re able to wake up and push our bodies to their limit is something not everyone is able to do.

At the end of the day you need to try and find something that you truly enjoy doing and something you can do for the rest of your lives. It’s allowed to change as you get older too. You think I’m going to try and throw 300lbs over my head for the rest of my life…. I mean I am going to try, but I’ll do other things too! Once you find what you enjoy, do it as often as you can. Even when it gets a little boring, don’t stop. That’s when you’ll truly see the change in your wellness and fitness journey.